Bill turned professional in 1993, after a successful NCAA career at the University of Hawaii, and has been a Class A CPGA professional for more than 10 years. Bill has played on numerous Professional Tours in Canada and the US with 16 Professional wins to his credit. Bill was nominated as the BCPGA Player of the year in 1999. In early 2008, Bill was offered the position of Head Coach of the TRU WolfPack. In just his first year back as Head Coach, Bill successfully coached his team to win the CCAA National Championships. Shortly after, the team was awarded Kamloops Sports Council Team of the Year for 2008 and Bill took away the Coach of the Year Award. Bill is also the Head of Golf Instruction at The Dunes Golf Club (Home of the TRU WolfPack) and VP of Operations.

Hi Bill, G and I just got back from our golfing holiday and we both played fantastic. I actually beat Gary once which I have never done. I actually flirted with breaking 90. I shot 91 twice. So just wanted to give you a huge thanks, I’m playing the best golf of my life. Also I need to schedule our next lesson. Are you available August 19 or 20 at 9:00am? Thanks, B 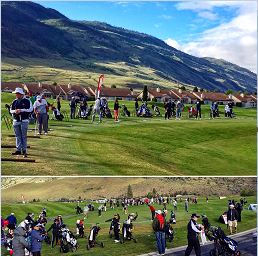 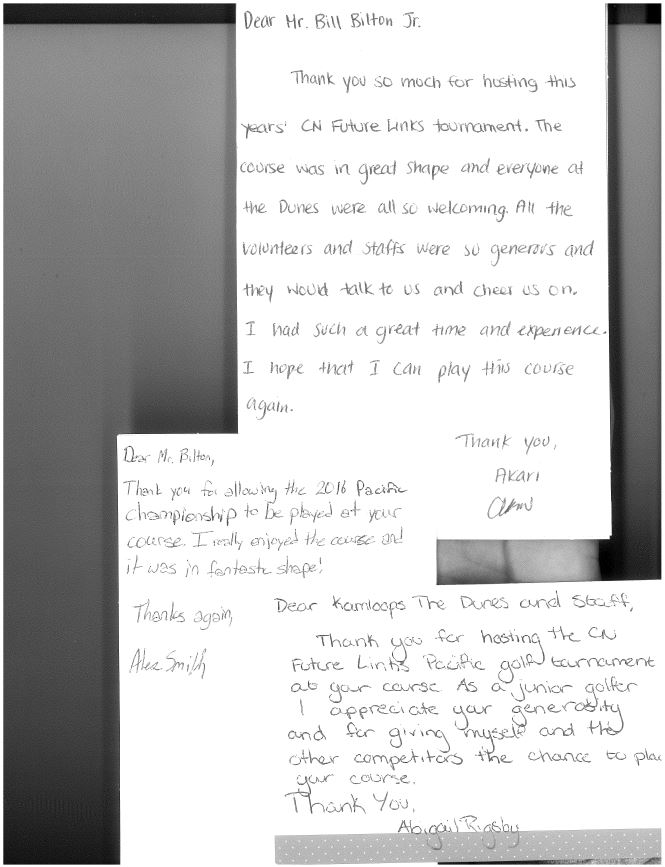 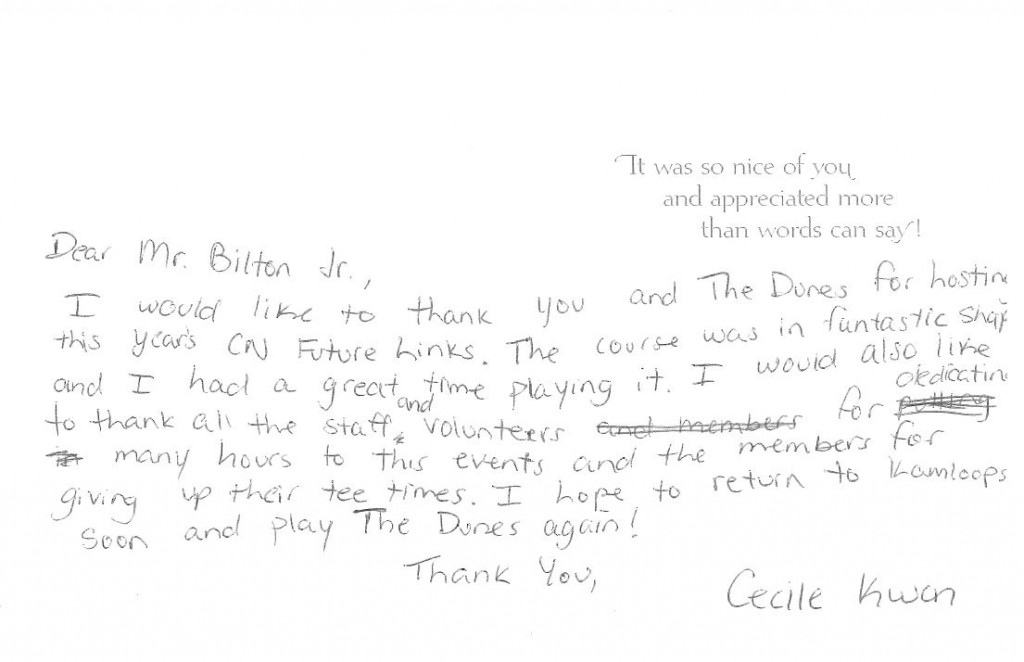